Just finished watching the new episode "Goodbye, Fat Controller/Sir Topham Hatt" (special thanks to kaitolovethomas for the upload) and...as the final episode of Season 19 in terms of my reviews, did we end this season with a bang? The answer is...yes, yes we did!

The story to this episode can easily be described as the show's version of William Grubb - Voice Actor (Missoliverandblossom/DaWillstanator/Thespio)'s "A Small Misinterpretation" episode from his T&F series on YouTube-heck, I even found myself quoting a lot of moments from Will's videos throughout the episode like Sir Topham Hatt's "D'OH"-fest from the episode "A Small Interpretation" and "Lost A Bet To Ted" segment from his Christmas Shorts video. Not only that, but the reference to Season 1's "Trouble In The Shed" and the comedy were pure gold.

When it came to the animation, the team at Arc have done another amazing job as always and it shows in this episode with things like the different camera angles and shots during the sequence of the engines working to the revamped "Sir Topham Hatt" song as well as the slow-motion sequence of Sir Topham Hatt's telephone being lowered onto the baggage trolley.

And when it came to the characters, they were all awesome-especially with the relationship between the engines and Sir Topham Hatt as it really shows how close the engines are to their controller and how much they want him to be proud of them with their hard work to the point where they would go on strike to get him to stay on Sodor.

Overall, "Goodbye, Fat Controller/Sir Topham Hatt" is a spectacular farewell to Season 19 and I'm proud to give this episode a 10 out of 10

And thus...via DVD's/Internet postings and NOT through TV broadcasts, Season 19 of "Thomas & Friends" has come to a close...so, how does it hold up? Well, if I could describe this season in four words, they'd be: BEST CGI SEASON EVER!

Not only did it hold the same strong storytelling values that Seasons 17 and 18 had...at least for a majority of episodes, but the experimental value was higher than it was in the latter season and it was clear that the writers were having a bl...ast trying out all sorts of things for this season.

What I also noticed was that there was an even balance of characters between the Awdry and Hit era characters-a bold choice, if you ask me. Not only that, but the cast was even more expansive than it was in Season 18 with the amount of characters that we had as well as this year's newbie Philip The Diesel Boxcab. Another thing I should mention is that the character interactions are even stronger than they were before and each episode was driven by their banter and dialogue-heck, the narrator (Mark Moraghan) was hardly even in the episodes at all!

And much like in Season 18, we got character pairings that we never thought would happen like Emily/Caitlin and Toby/Den and it feels so great to see the writers attempt these original pairings and to see them pay off in the end with an exciting story that breaks old clichés.
Now, that doesn't mean that Season 19 is a flawless season as it had its problems-the biggest one being that some episodes that fell flat like "The Other Side Of The Mountain" and "Thomas The Babysitter"...but they don't ultimately ruin this season for me due to how creative and strong it was.

Just finished watching the new episode "Rocky Rescue" (special thanks to kaitolovethomas for the upload) and...for an episode that peaked my interest at the fact that the Search And Rescue Team had to rescue one of their own, this episode did not disappoint.

When it came to the story, not only was it an interesting dive into the dynamic of the Sodor Search and Rescue Team...but this episode can easily be described as a Thomas the Tank Engine version of the hit 80's series "The A-Team" as there were so many nods to the classic 80's show throughout the episode from the music orchestrations to the freeze-frames. Not only that, but I love the humor and the moral of how working together can get the job done.


When it came to the animation, the team at Arc have done a spectacular job as always and it really shows in this episode with elements like the 360-degree panning shot of the Search And Rescue Team as they return home as well as the splashed water effects when Captain does his "practice rescues".

When it came to the characters, they were all awesome as we got so much development out of the Search And Rescue Team-heck, even Captain had some time to shine in the spotlight and this is a character who has so much potential in the series...but a golden opportunity to have Jerome and Judy from "The Adventure Begins" make their return to the series and rescue Rocky was lost; however it doesn't ultimately ruin the episode for me at all.

Overall, out of all the episodes I've seen that starred the Search And Rescue Team, "Rocky Rescue" is easily the best and gets an overall rating of a 10 out of 10
Posted by True Blue at 12:26 PM No comments:

Just finished watching the new episode "Thomas The Babysitter" (special thanks to kaitolovethomas for the upload) and...for an episode that I wasn't excited to see at the first mention of "baby" and after sitting through a terrible re-hash, was this episode any better? Eh, a little bit.

While the story was a nice adaptation of the magazine story of the same name, the problem is...I've seen episodes like this before in other shows; examples being "SpongeBob Squarepants: Rock-A-Bye Bivalve", "My Little Pony-Friendship Is Magic: Baby Cakes" and "Drake & Josh: Two Idiots And A Baby"...and they rarely ever work, thus making the episode boring to sit through.

When it comes to the animation, the team at Arc always does a great job and it really comes into play with things like the time-lapse sequence of Thomas' restless journey back to Knapford...but the animation of the baby was another story. I know that babies don't look right at a young age, but the way they animated it here looked kinda creepy.

And since the story is a re-hash of episodes from other shows, it also plays a part in terms of the characters as you could easily swap out Thomas for either SpongeBob/Patrick from "Rock-A-Bye Bivalve" or Pinkie Pie from "Baby Cakes" and nothing would literally change.

Overall, if you want an episode that you can put on as a time-waster for your kids if you have a babysitting job, "Thomas The Babysitter" is the episode for you and I give it a rating of a 4 out of 10.

MLEEP Reviews: The Other Side Of The Mountain

THE OTHER SIDE OF THE MOUNTAIN
Written By Andrew Brenner

Just finished watching the new episode "The Other Side Of The Mountain" (special thanks to kaitolovethomas for the upload) and...for an episode that mislead so many fans with its title, where do I begin with this stinker?

The story is pretty much a re-hash of Season 17's "Thomas' Shortcut" with the only thing different about it being Thomas wanting to see what's on the other side of the mountain instead of wanting to find a shortcut on his branch line. Not only that, but a lot of the humor was less funny and more mean-spirited.

When it comes to the animation, the team at Arc always does a great job and it really comes into play with things like the damage detail on Thomas after his accident and the dream sequence of "Thomas The Jet Plane". However, while the crash sequence was cool, it also felt unrealistic at the same time.

And because the story is a re-hash of a previous episode, this also plays a part in the characters-especially when it comes to Thomas and Bertie-since it feels like they never stopped and thought "wait a minute, doesn't this all seem familiar?" Also, Annie and Clarabel...I need to ask you something: WHAT ARE YOU ON?!?!?

Overall, after seeing this episode, I don't want to know what's on "The Other Side Of The Mountain" because I give this episode a rating of a 2.5 out of 10.

MLEEP Reviews: The Lion Guard - Return Of The Roar 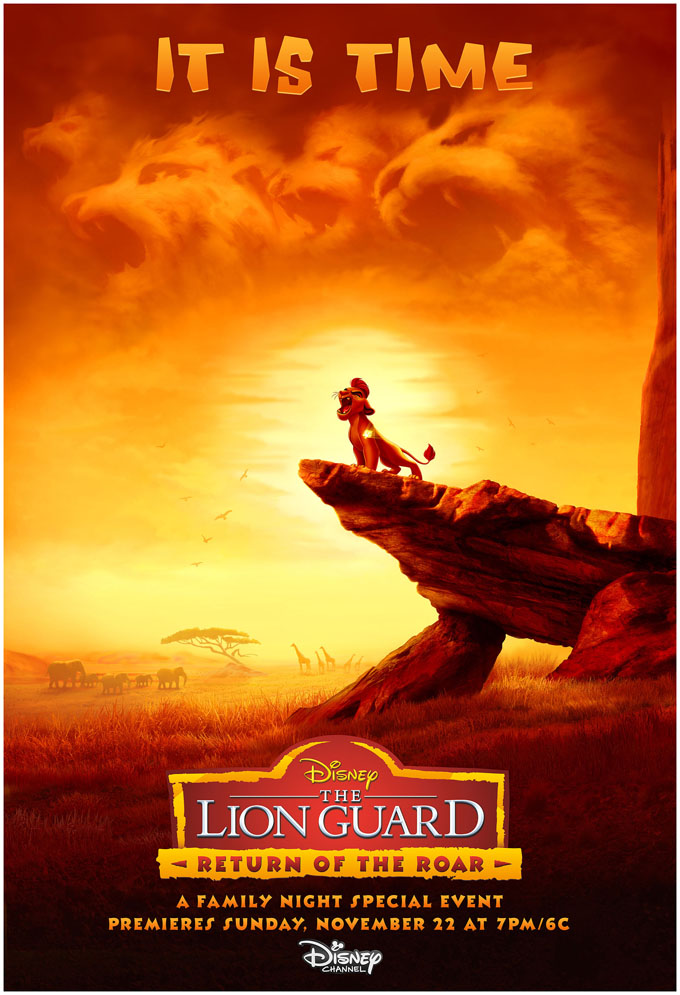 THE LION GUARD: RETURN OF THE ROAR

After many requests by my friends, I finally decided to check this movie out that is supposed to kick off a new series and...oh my gosh, where do I begin with this stinker?

As for the animation, it looks good for the most part...but a trained animator's eye will see that it's not great.

And now, the characters...Kion is nothing more than someone's self-inserted OC, Simba is extremely racist and his new voice ruins his character that we had with Matthew Broderick supplying his voice, Kiara is extremely annoying and bitchy, and the new characters are not memorable at all.

But the biggest question in my opinion is...you get Ernie Sabella back to voice Pumbaa and yet you couldn't get Nathan Lane back for Timon?!? Also, why waste James Earl Jones on a Mufasa cameo?!?!?

Overall, I wanted to like this series...but "The Lion Guard: Return of the Roar" has so many problems with it that it's really hard for me to be invested for the series. However, I will give everyone on the cast and crew credit for trying...and hey, maybe this will convince the kiddies to watch the original movie and possibly Lion King 2. 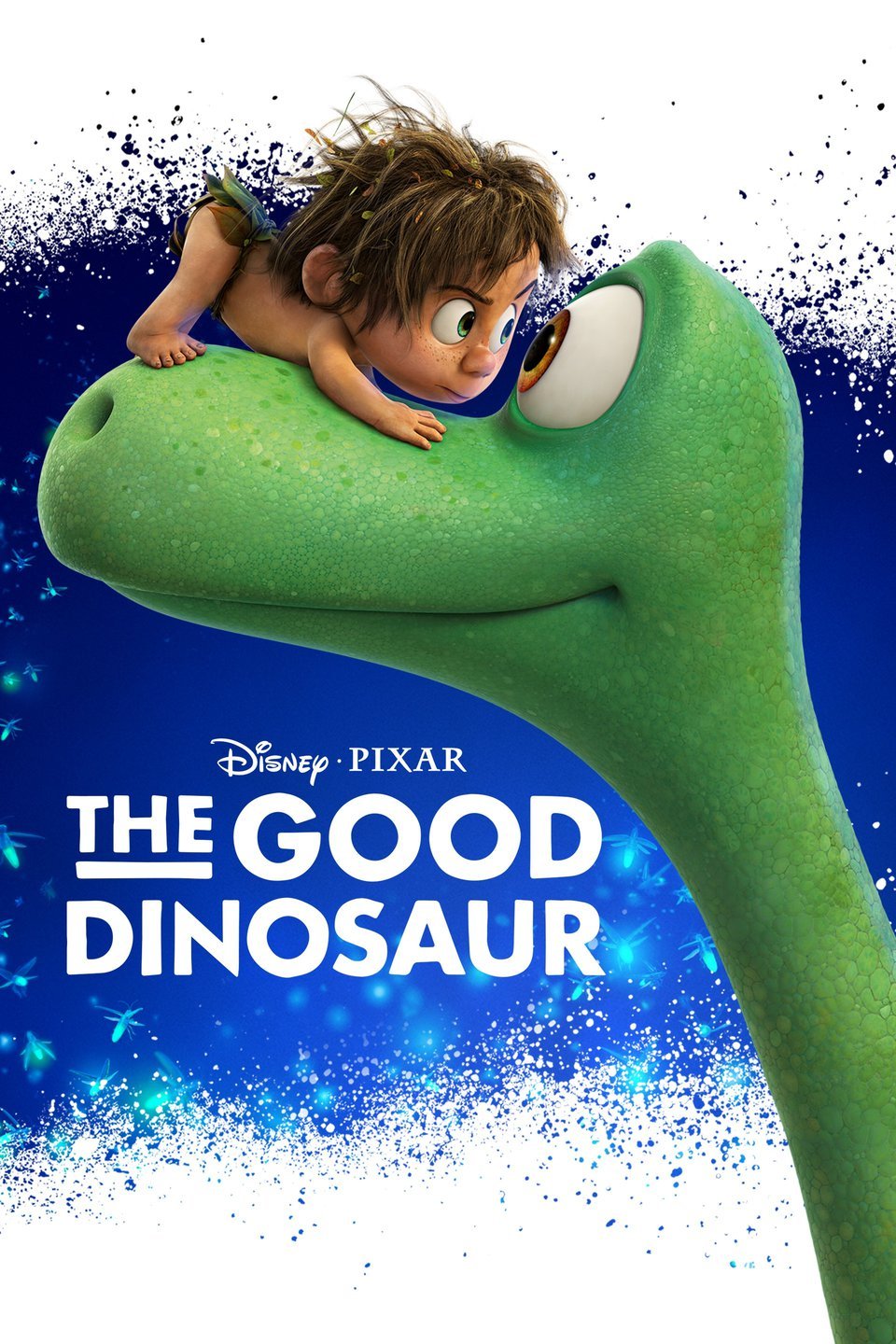 Just got back from finally seeing "The Good Dinosaur" with my family and...after the phenomenon that was "Inside Out", could Pixar deliver two good movies for 2015? Well...sort of.When it comes to the story, many would call this film a rip-off of "The Land Before Time"...and while I can see that, there is just enough of a difference between the two films in order to make them stand out from each other since it is executed nicely and is really heartwarming.

When it comes to the animation, it may have the same set-up as previous animated dinosaur movies...but Pixar manages to do another amazing job with things like the backgrounds and special effects. However, the character design is another story as they feel so out of place with the realism of everything else in the movie.

And when it comes to the characters, the relationship between Arlo and Spot is truly something to see as we see them work together to achieve their goal...but I wish that the other characters in the film got an equal amount of time to shine like our two main stars.

Overall, "The Good Dinosaur" isn't great...but it's not terrible either...it's just good and gets an overall rating of a 7.5 out of 10 from me.
Posted by True Blue at 6:00 PM No comments: