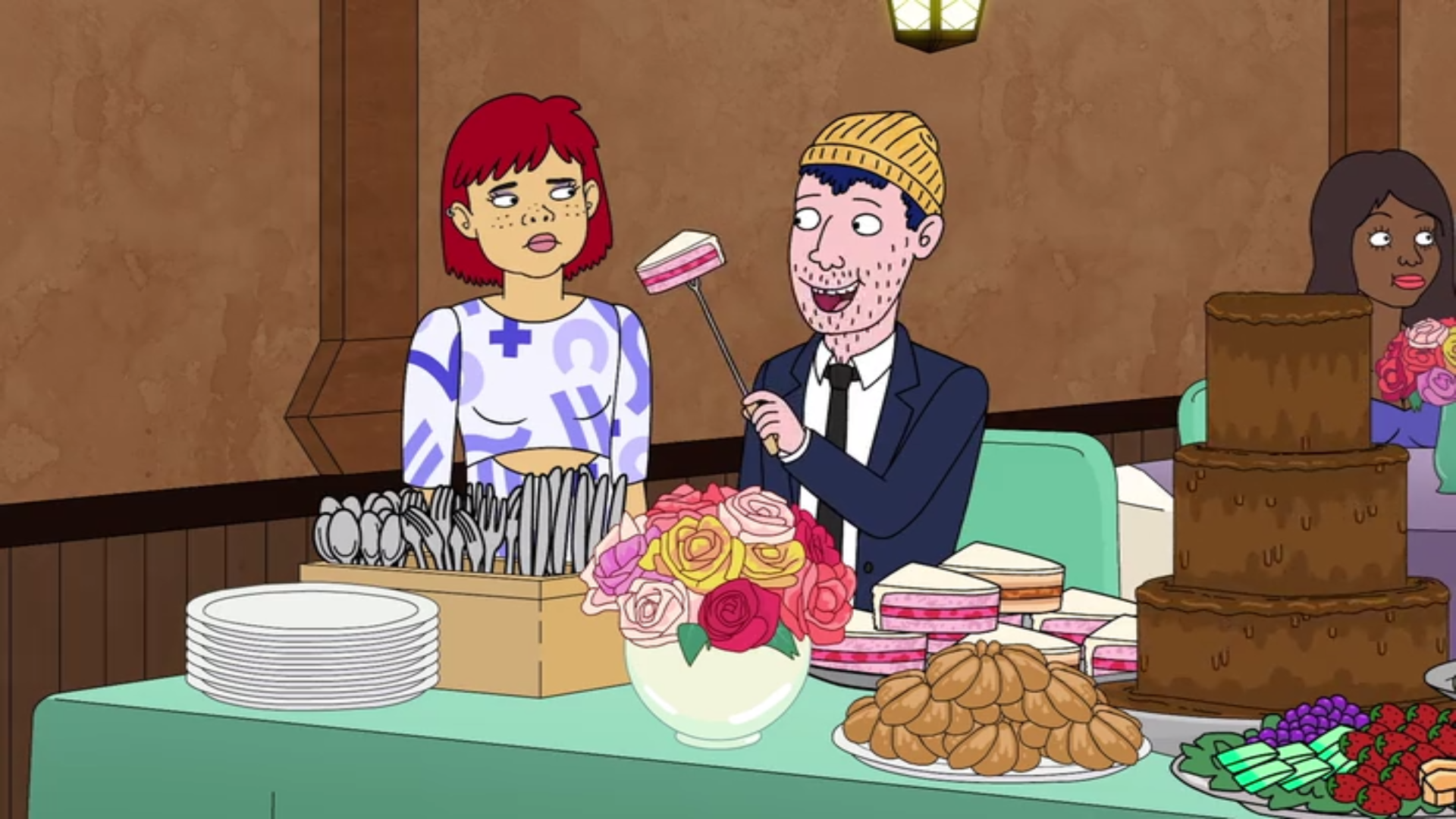 Love and marriage have played a big part in BoJack Horseman throughout the series so far from BoJack wanting to confess his true feeling for his ghostwriter Diane despite her being in a relationship with his sitcom rival Mr. Peanutbutter to Princess Carolyn having feelings for what BoJack described as 'very obviously three kids stacked on top of each other under a trench coat' by the name of Vincent Adultman which not only went nowhere but was also extremely disturbing in my opinion...but what about Todd, does he have any plans for relationships any time soon? Let's find out by wedding crashing while asking the question of 'Love And/Or Marriage'...let's take a look!

LOVE AND/OR MARRIAGE: While Todd and BoJack crash a rehearsal dinner, Diane gets high with a client and Princess Carolyn goes on a series of blind dates.

Overall despite being a rehash of a wedding crash, 'Love And/Or Marriage' still managed to be a pretty great episode in addressing the topic of long-lasting relationships and what love is really all about which for that earns a rating of an 8 out of 10 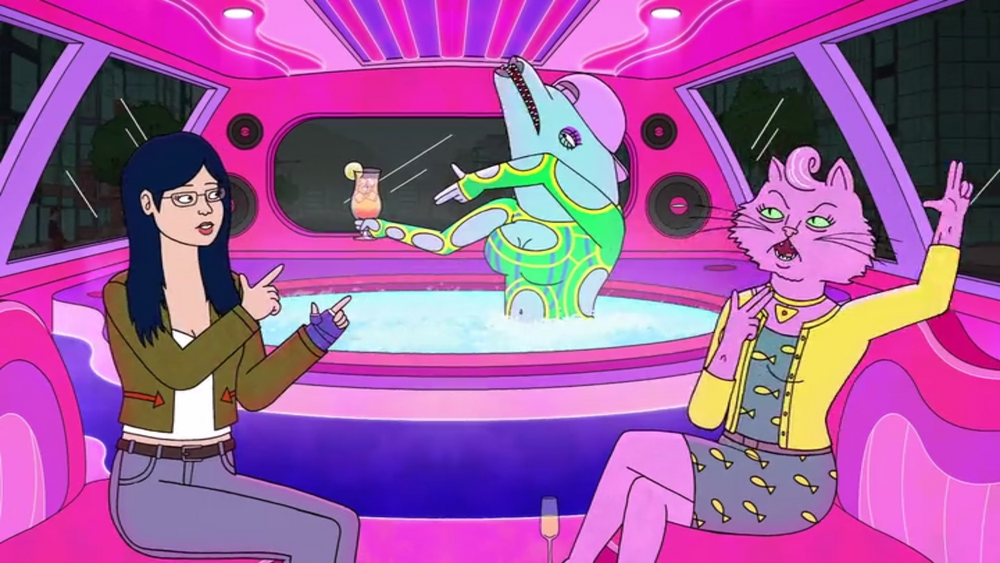 When we last left BoJack Horseman, he and Todd crashed the rehearsal wedding dinner for the best friend of Todd's high school crush Emily to which everyone went crazy over the fact that a celebrity crashed their wedding...at least until BoJack almost put the brakes on the love train when giving his toast to the happy couple and despite being a rehash of a wedding crash from Season 1 still managed to patch things up in order for the couple to live happily ever after, but it looks like Diane may have landed herself in hot water yet again!  Let's find out in the midway point of Season 3 simply titled 'Brrap Brrap Pew Pew'!

Overall, why is it that we always hit rock bottom during the midway mark of each season so far because 'Brrap Brrap Pew Pew' unfortunately managed to be worse than Season 2's "Higher Love" and Season 1's "Live Fast, Diane Nguyen" combined while also managing to bring our streak of great episodes in Season 3 to a literal dolphin screeching halt just by the mere concept alone that getting an abortion is perfectly fine...every child deserves a chance to live, but 'Brrap Brrap Pew Pew' shouldn't never seen the light of day since I couldn't even finish it from how disturbing it was and for that earns a rating of a 3 out of 10. All I can say at this point is...BoJack, you'd better clean up your shit and deliver two truly amazing episodes next week because this episode was f--king appalling and a clear sign that the writers have absolutely no regard whatsoever for the shit that's coming out of their mouths! F--k this episode, f--k the person who wrote this episode and f--k you too if you try to defend this episode!