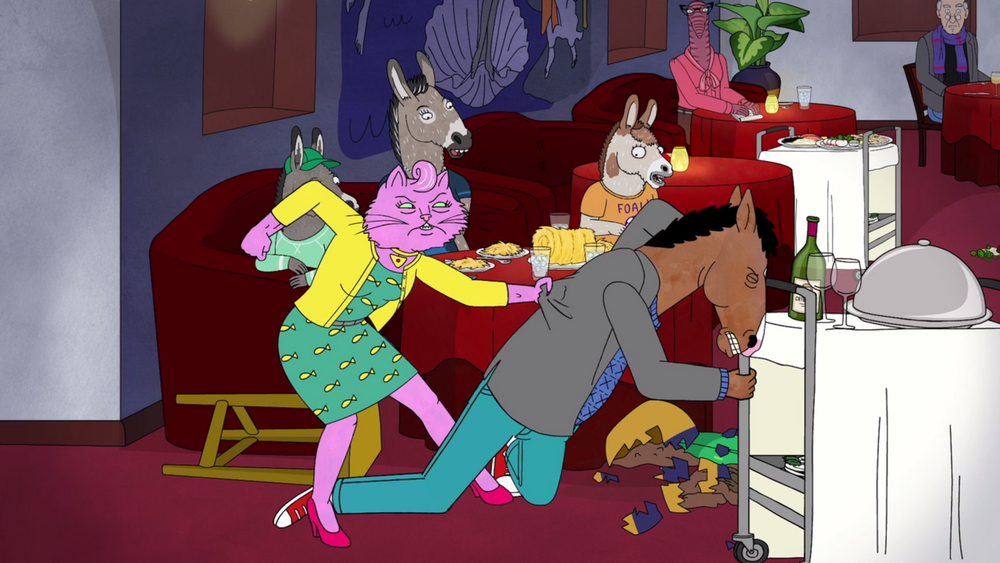 
Throughout this third season of BoJack Horseman, we have seen a heavy focus on relationships whether they be with friends like Todd and his high school crush Emily who feared of hurting her friend's feelings if she told him about her having sex with BoJack or with significant others like with Diane Nguyen and Mr. Peanutbutter who had trouble putting their thoughts together on how much they truly loved each other until Diane got high at a client's party and was about to have children until they both decided to abort...but what about BoJack's previous relationship from long ago with Princess Carolyn, what's the story behind that and what happened that led them to where they are today?  Let's find out and see if this relationship truly was the 'Best Thing That Ever Happened'!

BEST THING THAT EVER HAPPENED: BoJack meets Princess Carolyn at Elefante leading to a night of soul-searching as they help the staff impress a food critic.

Overall for an episode about abusive relationships, 'Best Thing That Ever Happened' certainly did its job in showing how sometimes romance isn't all that it's cracked up to be since it takes understanding and communication to make a long lasting relationship and that is why I'm gonna give this episode a rating of a 10 out of 10...but what BoJack doesn't realize is that his falling out with Princess Carolyn will soon lead to him about to lose everything as we're about to find out in what is easily one of the most talked about episodes of the entire series.  See you next time... 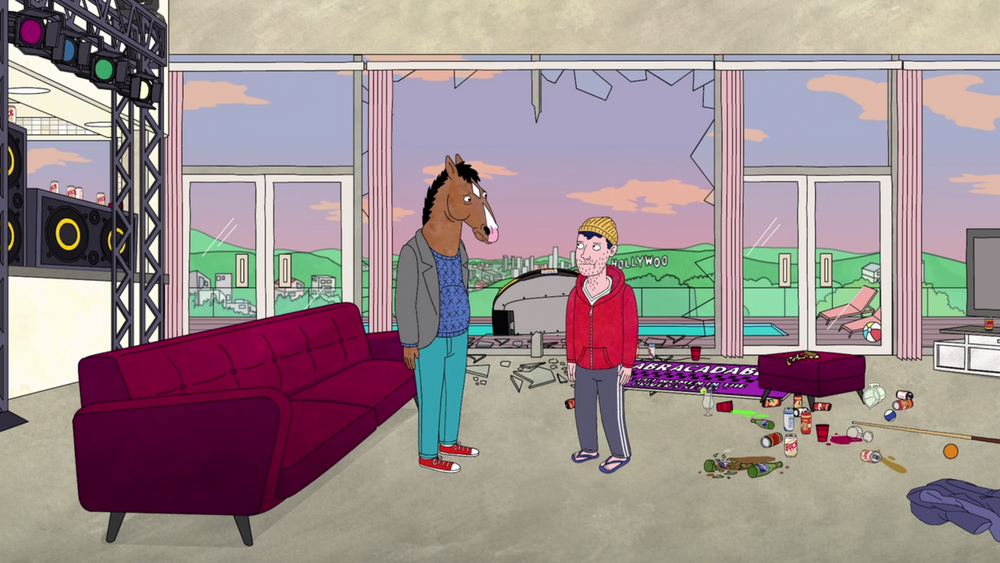 Season 3, Episode 10: It's You
Written By Vera Santamaria

When we last left BoJack Horseman, what was supposed to have been a long lasting romantic relationship with his agent Princess Carolyn had finally hit the skids when he started to blame her for everything bad that happened to him especially with the critical disaster of his overused trope of a mock-umentary style television series...and as if his belief of other people being the cause of his problems wasn't driving others away already, what BoJack doesn't realize that this behavior of his is about to cost him everything as we're about to find out in one of the most talked about episodes of the entire series simply titled 'It's You'.  Let's take a look...

IT'S YOU: While Mr. Peanutbutter announces the Oscar nominees, BoJack surrounds himself with admirers but his real friendships are falling apart

Overall...why do I always love the episodes where BoJack has permanently ruined relationships, but 'It's You' manages to be quite a trip on the feels train as BoJack has now lost everything he worked so hard to achieve: his fame, his admirers and now his friends...and a powerhouse of an emotional episode like this definitely deserves a rating of a 10 out of 10, but will BoJack be able to make things right again with everyone he has wronged before or has his career truly hit rock bottom? All I can say at this point is...see you all next week as we bring Season 3 of BoJack Horseman to a close!

Start Spreading The News/The BoJack Horseman Show-9/10
BoJack Kills/Fish Out Of Water-7.5/10
Love And Or Marriage/Brrap Brrap Pew Pew-5.5/10
Stop The Presses/Old Acquaintance-8/10
Best Thing That Ever Happened/It's You-10/10