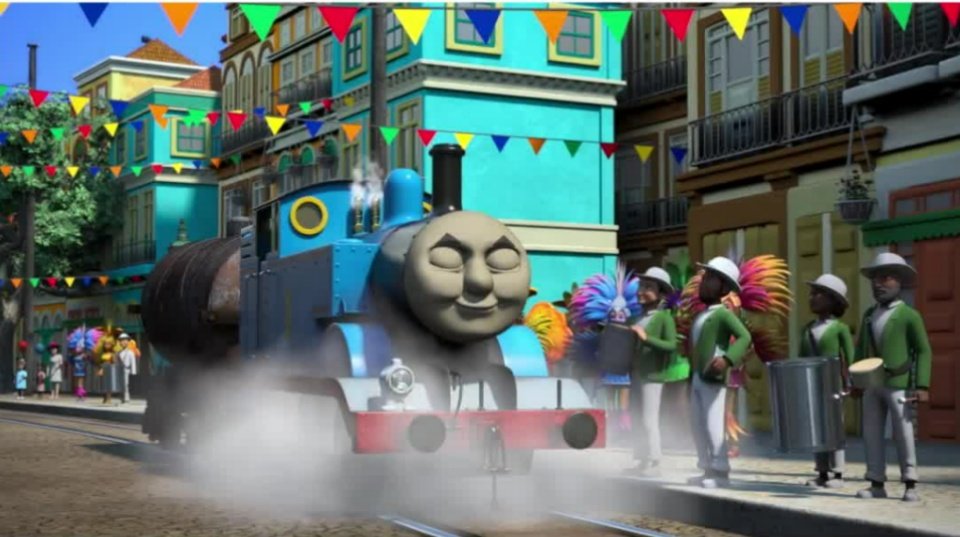 Music and song has always been a really important part of 'Thomas & Friends' from the orchestrations heard during each episode and special whether it be done by Mike O'Donnell and Junior Campbell or Chris Renshaw to the sing-along music videos that have been around for twenty five years now and of course the big push to make full-length musical specials ever since 'The Great Race' three years ago...but what musical adventures will Thomas get up to when the carnival comes to Brazil?  Let's go go go on one last big world adventure back to Brazil as we jam along with Thomas to some 'Batucada'!

BATUCADA: Thomas finds a way to take part in the Brazilian carnival music

Overall, 'Batucada' brought Thomas' adventures in Brazil to a close in what was easily the best of the bunch...this episode just really took me back to such great musical memories and I'm proud to give it a 9.5 out of 10.  What else can I say except 'boom boom, cha cha cha'...