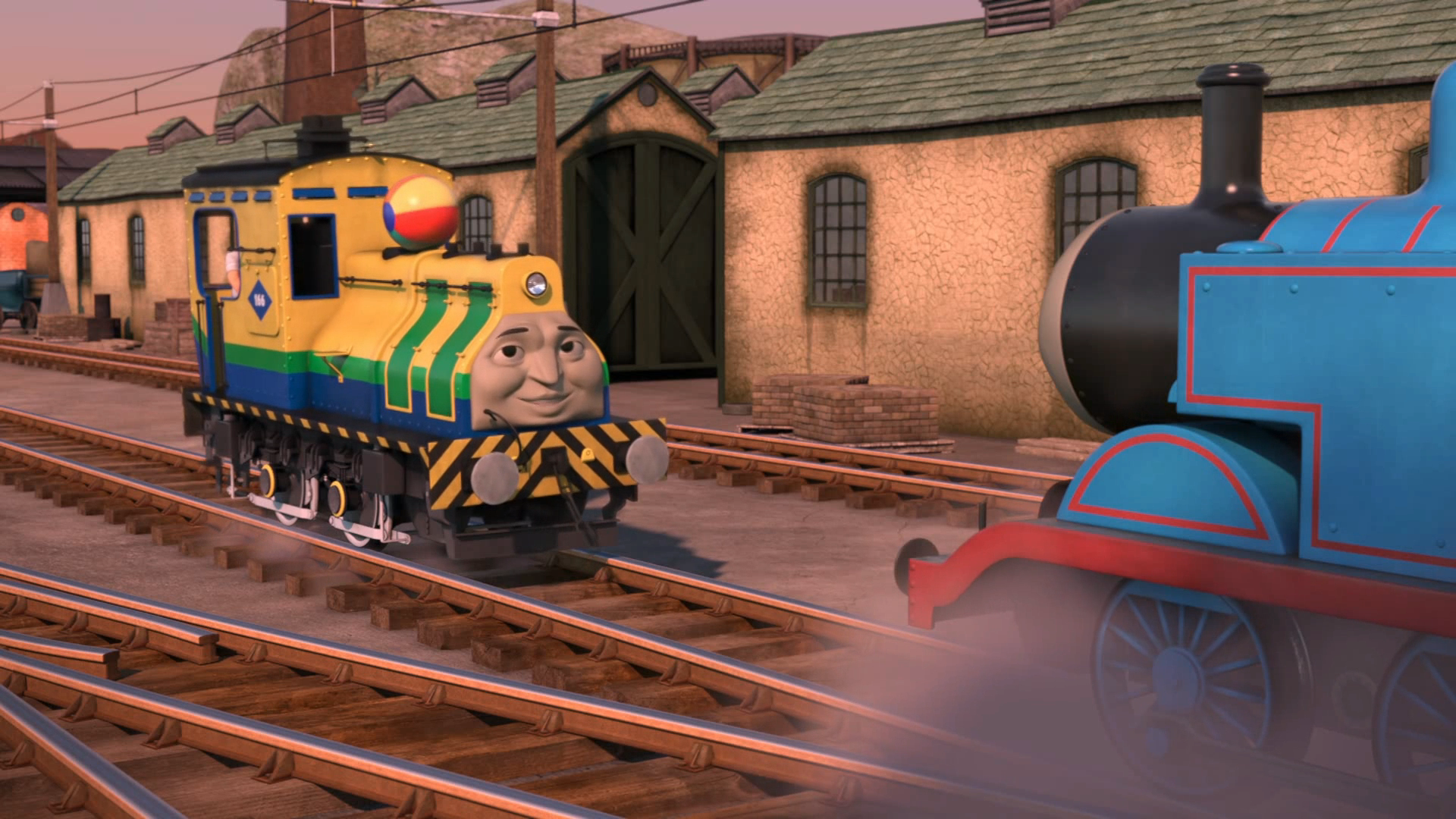 When Thomas The Tank Engine competed in the Shunting Competition at the Great Railway Show, one of his fellow competitors was Brazil's very own Raul-a feisty little tank engine who is eager and playful, but his competitive nature can often prove to be an annoyance in simple things like playing games...but ever since Thomas beat Raul at the Great Railway Show, Raul has longed to win against Thomas at something and it looks like his competitive nature may land him in deep waters.  Let's go go go on a big world adventure to Brazil with Thomas and Raul as they engage in a friendly 'Grudge Match'!

GRUDGE MATCH: Raul wants to beat Thomas in a game, but his competitive nature soon gets him into trouble

Overall despite having an out of nowhere newbie appearing without a proper introduction, 'Grudge Match' managed to score a number of goals in being just as good if not better as a Brazilian themed episode of 'Thomas & Friends'. Getting to see Raul fleshed out more was so great to see and the sights of Brazil are still as beautiful as ever...for that, 'Grudge Match' earns a rating of a 9.5 out of 10