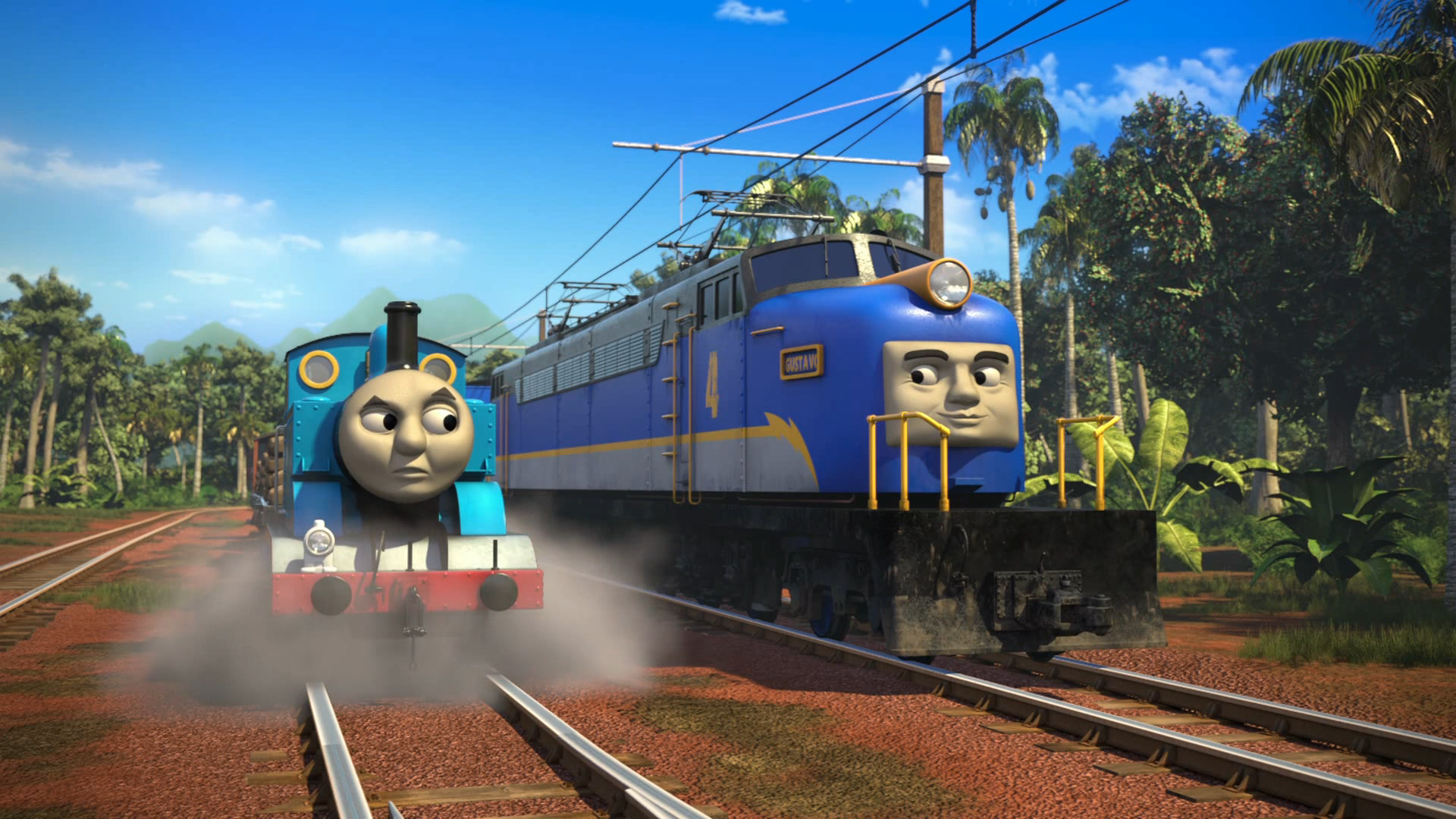 When Thomas The Tank Engine first arrived on the Island Of Sodor, he thought no engine worked as hard as he did and he loved playing tricks on them especially Gordon by whistling to wake him up from his nap...until Gordon gave him the ride of his life behind the express one day leaving Thomas breathless, but the two engines eventually got to know each other after being rescued from ditches and mines and formed an alliance: united we stand, together we fall, you help me and I'll help you.  Even so, Gordon still loves to boss Thomas around and call him a silly little engine...are all big blue engines around the world just like Gordon?  Let's go go go on a big world adventure with Thomas to Brazil while we begin a brand new season of international adventure as he meets 'The Other Big Engine'!

THE OTHER BIG ENGINE: Thomas is on his first trip to Brazil and working the railway when he encounters Gustavo. His first meeting with the big, blue engine is a messy one and he finds that this stranger reminds him of Gordon back home


Overall despite having an out of nowhere newbie appearing without a proper introduction, 'The Other Big Engine' is a great way of kicking off a brand new season of international adventures for Thomas and his friends-a new location, new characters, new cultural facts, everything helped play a part into making this episode truly something worth checking out if you're a Thomas fan or love traveling to Brazil and for that earns a rating of a 9.5 out of 10.