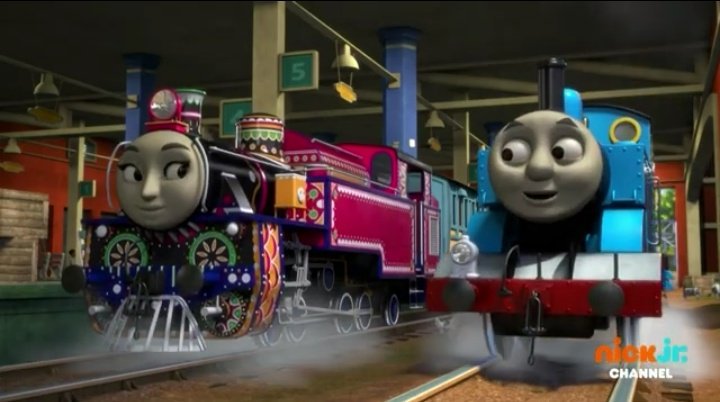 Ever since the takeover bid from Gullane Entertainment back in September 2002, HiT Entertainment went on to produce their own take on 'Thomas & Friends' starting with the eighth season moving in a much different direction resulting in the stories becoming seven minutes long with a three strike formula...as a way of giving them a 'proper beginning, middle and ending structure', it got old really fast for the fans and it resulted in the series becoming absolutely broken being reduced to an educational baby show and completely losing the spirit of what made the original Thomas so great.  But can giving this overused plotline an international twist bring some life back into this formula?  Let's find out and go go go on a big world adventure back to India again as 'Thomas Makes A Mistake'!

THOMAS MAKES A MISTAKE: Thomas causes confusion and delay by not seeking help when he makes a mistake

Overall, 'Thomas Makes A Mistake' made a huge mistake by offering nothing new to what was already an overused and overdone plot that we should've abandoned years ago...this only continues the streak of India episodes for the series that start off great only to immediately go downhill when more get produced and for that earns a rating of a 5 out of 10