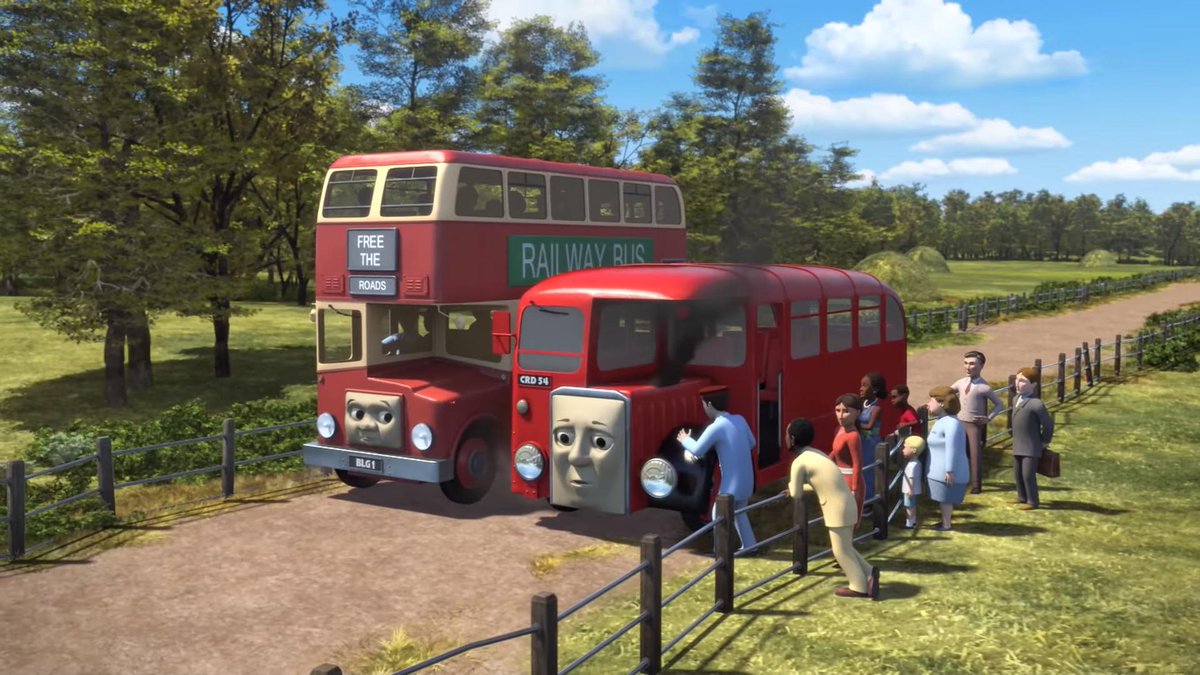 Bulgy The Double Decker Bus-one of the most famous villains in all of 'Thomas & Friends' history...from stealing Duck and Oliver's passengers just to get stuck under a bridge and turned into a henhouse to being given a second chance as a mobile vegetable stand before being converted back into a passenger bus to help take care of the extra passengers on Thomas' branch line, there is just no stopping him being straight-up against the railway...but this could soon lead him into trouble once again in our next big adventure for Season 23, let's go go go with Bulgy as we 'Free The Roads'!

FREE THE ROADS: Bulgy wishes for passengers to take the bus instead of a train and gets his wish after accidentally tainting a water tower.

Overall...just when I thought Michael White couldn't top himself in terms of writing ever since Season 22's "Hunt The Truck", 'Free The Roads' steps in and takes the spot of not only the best episode of Season 23 but also the best episode in the entirety of the CGI series where it can even challenge the likes of episodes from the Classic Series and an episode as amazing as this was definitely deserves a rating of a 10 out of 10.