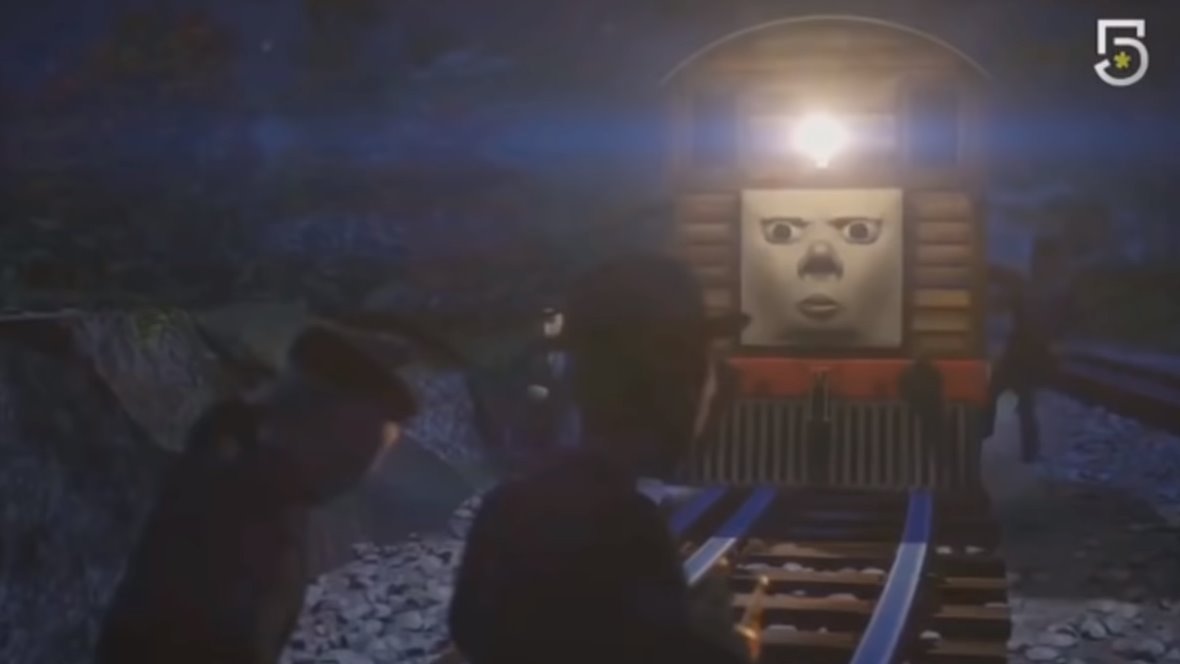 Toby may be an old steam tram, but he is also very wise and hardworking who knows how to run branch lines ever since he first came to Sodor to help his friend Thomas after an argument with a policeman.  However, this doesn't stop people and other engines from ridiculing Toby about his age and how he isn't a proper engine which can make him temperamental at times...but when some thieves are planning on stealing King Godred's crown, can Toby show everyone how useful he is?  Let's go go go on a big adventure with Toby, a tram engine with a 'Heart Of Gold'!

HEART OF GOLD: Toby fills in for Stephen at Ulfstead Castle and stops a pair of thieves from stealing King Godred's crown.

Overall, 'Heart Of Gold' is a shining example of how Toby despite being old is a trustworthy engine who can always be counted on in times of need...an oldie but goldie, this is easily in my opinion the best Toby-centered episode in the entirety of the CGI series and for that earns a rating of a 10 out of 10.