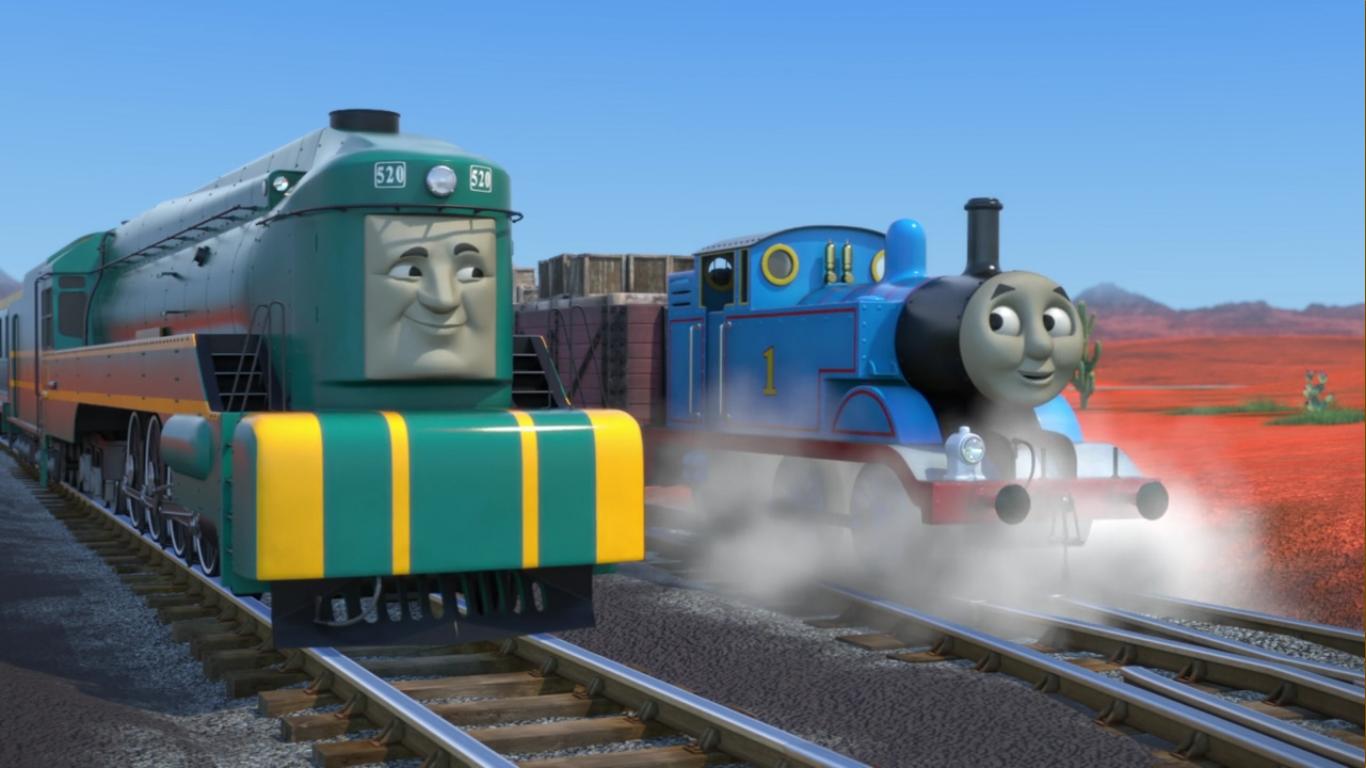 When Thomas The Tank Engine and his friends traveled to the mainland to compete with engines from around the world in the Great Railway Show, one of Henry's fellow competitors in the test of strength was Shane Of Australia-a big strong engine known as the 'Whispering Giant' who had been working tirelessly to ensure he was in the best shape. Shane's carefree ways have made him many friends especially when working as a tour guide in the Outback with his coaches Aubrey and Aiden as he cracks jokes to the tourists, but his carefree ways could soon land him in trouble...let's go go go on a big world adventure back to Australia with the one and only 'Laid Back Shane'!

LAID BACK SHANE: In Australia, Shane has too much fun to stop and refuel until he runs out of coal and is stranded in the desert

Overall while being the weakest out of all the Australian episodes that we have received so far in both Season 22 as well as with Season 23 so far mostly from reusing a plot that we had seen a few times before in the series, 'Laid Back Shane' is still a very refreshing episode to welcome us back to our railway friends in Australia and that is why I'm going to give it a rating of an 8.5 out of 10.