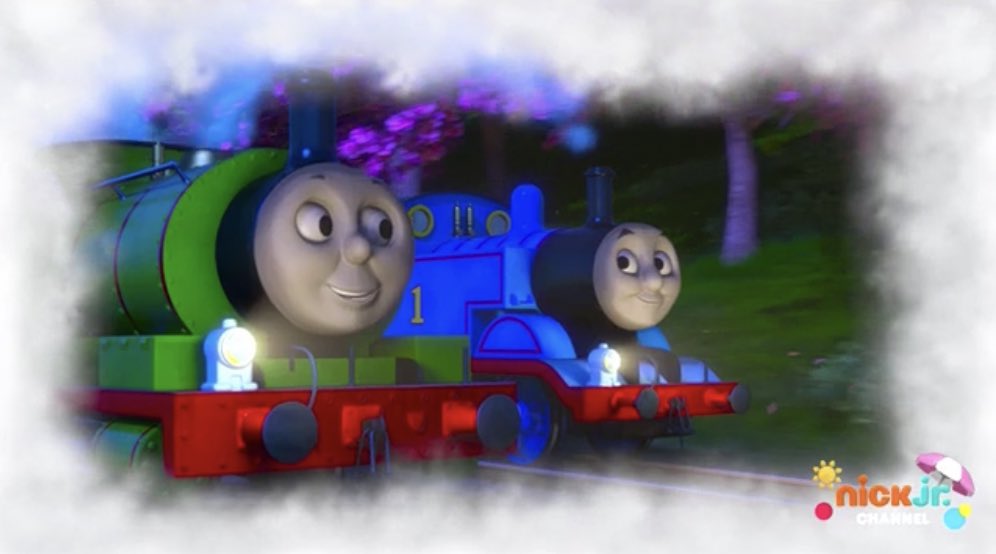 Ever since Percy first came to the Island Of Sodor to help out Edward when the other big engines went on strike, he has made so many great friends whether they ride the rails and roads or hover in the air...but his best friend on the North Western Railway has always been the Number One Engine himself Thomas.  Sure they may get into disagreements from time to time, but they always find a way to strengthen their friendship in the end with a happy toot of their 'best friends whistle' as they tell each other everything...but one can only wonder how the two of them feel when they are separated or in Thomas' case in different countries.  Let's go go go on a big world adventure back to China with Thomas as we 'Wish You Were Here'!

WISH YOU WERE HERE: Thomas misses his best friend Percy while working on the Chinese Railway


Overall...it may be China's "Missing Gator", but 'Wish You Were Here' is still a very heartwarming episode that strengthens one of the longest running friendships from throughout the series even after the international revamp and that is why I am giving it a rating of a 9 out of 10.