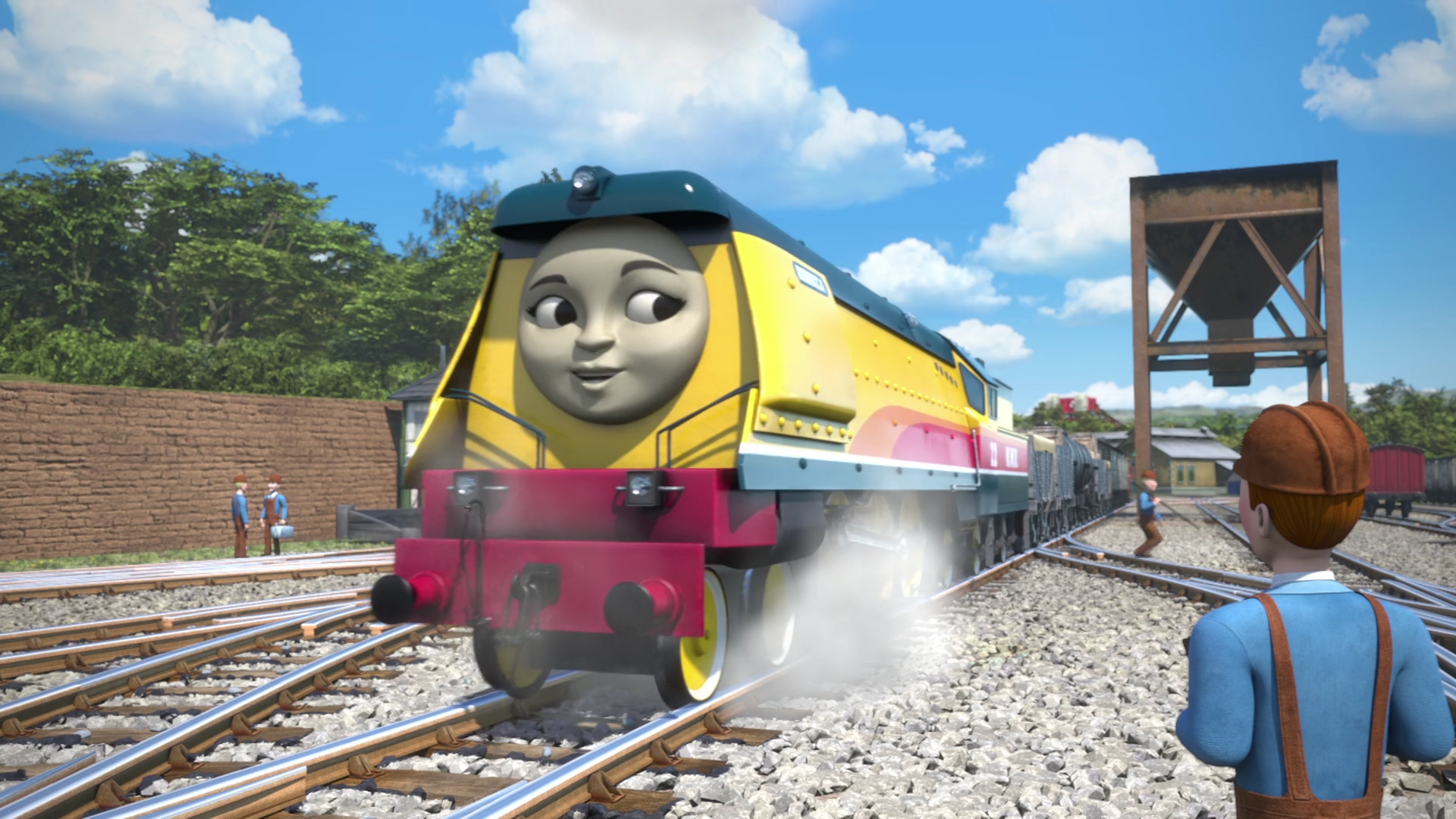 When Henry decided to move out of Tidmouth Sheds in order to be closer to his work at Vicarstown, a new engine named Rebecca came over from the mainland to help Gordon with his express runs...and although she kept arriving and departing too early from the stations, she has quickly won over the hearts and minds of everyone she meets.  But now that Rebecca has mastered pulling the express and being a really useful friend, she faces her greatest challenge yet: learning how to manage the Troublesome Trucks.  Who will come out on top, let's find out and go go go on a big adventure with Rebecca and the 'Chucklesome Trucks'!

CHUCKLESOME TRUCKS: The engines fear Rebecca is in for a tough time when she is tasked with pulling Troublesome Trucks.

Overall, Rebecca wins the day once again...'Chucklesome Trucks' is another shining example of how Rebecca's introduction into the Steam Team was one of the best things to happen to the television series in recent years considering her track record so far in terms of episodes and for that gets a rating of a 10 out of 10.