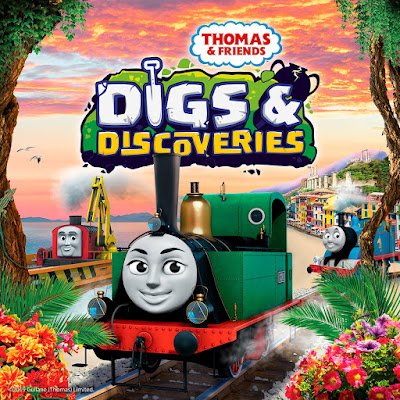 Ever since Thomas The Tank Engine first arrived on the Island Of Sodor, he had always wanted to see the world...and through the encouragement of the dangerous thrillseeker Ace, he saw his chance as he journeyed across five different continents with the help of his new friend Nia through deserts and jungles and climbing mountains in an attempt to become the first railway engine to go all the way around the world before he returned to help out on the railways of his international friends that he met at the Great Railway Show.  But what big world adventures will Thomas get up to when he and his construction friends travel to Italy?  Let's find out and go go go on a big world adventure to the Eternal City for some 'Digs & Discoveries'!

THOMAS & FRIENDS - DIGS & DISCOVERIES: Thomas and the Sodor Construction Company discover a new world of wonder as they explore the buried history of Italy! 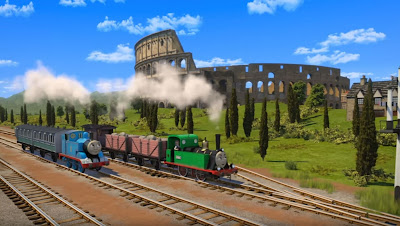 Season 23, Episodes 15-16: All Tracks Lead To Rome
Written By Becky Overton
Directed By Joey So

ALL TRACKS LEAD TO ROME: Thomas tries to prove to Gina that he is an expert in all things Italian

Overall despite being an Italian rehash of Thomas' first adventure in Australia during Season 22, 'All Tracks Lead To Rome' still manages to be a pretty great start for Thomas' new adventures in the Eternal City with some gorgeous animation and plenty of new friends to meet from the amphibious Stefano to the excitable excavator Ester...so for that, 'All Tracks Lead To Rome' also led to a rating of an 8 out of 10 and this big world adventure has only just begun! 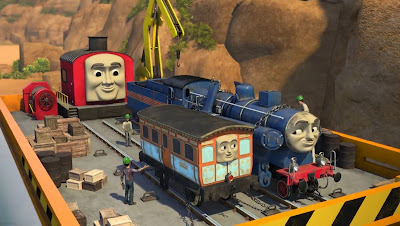 Season 23, Episodes 17-18: Mines Of Mystery
Written By Becky Overton
Directed By Joey So

MINES OF MYSTERY: In an attempt to impress his friends, Thomas finds a discovery beyond his expectations

Overall while the concept of the engines making exciting discoveries through their misadventures is nothing new for the series since we've had both good and bad examples from throughout the series even before the international revamp, 'Mines Of Mystery' is definitely a shining example of how this concept can be done right and I'm proud to give this episode a 9 out of 10 and give 'Digs & Discoveries' in general a rating of a 8.5 out of 10.