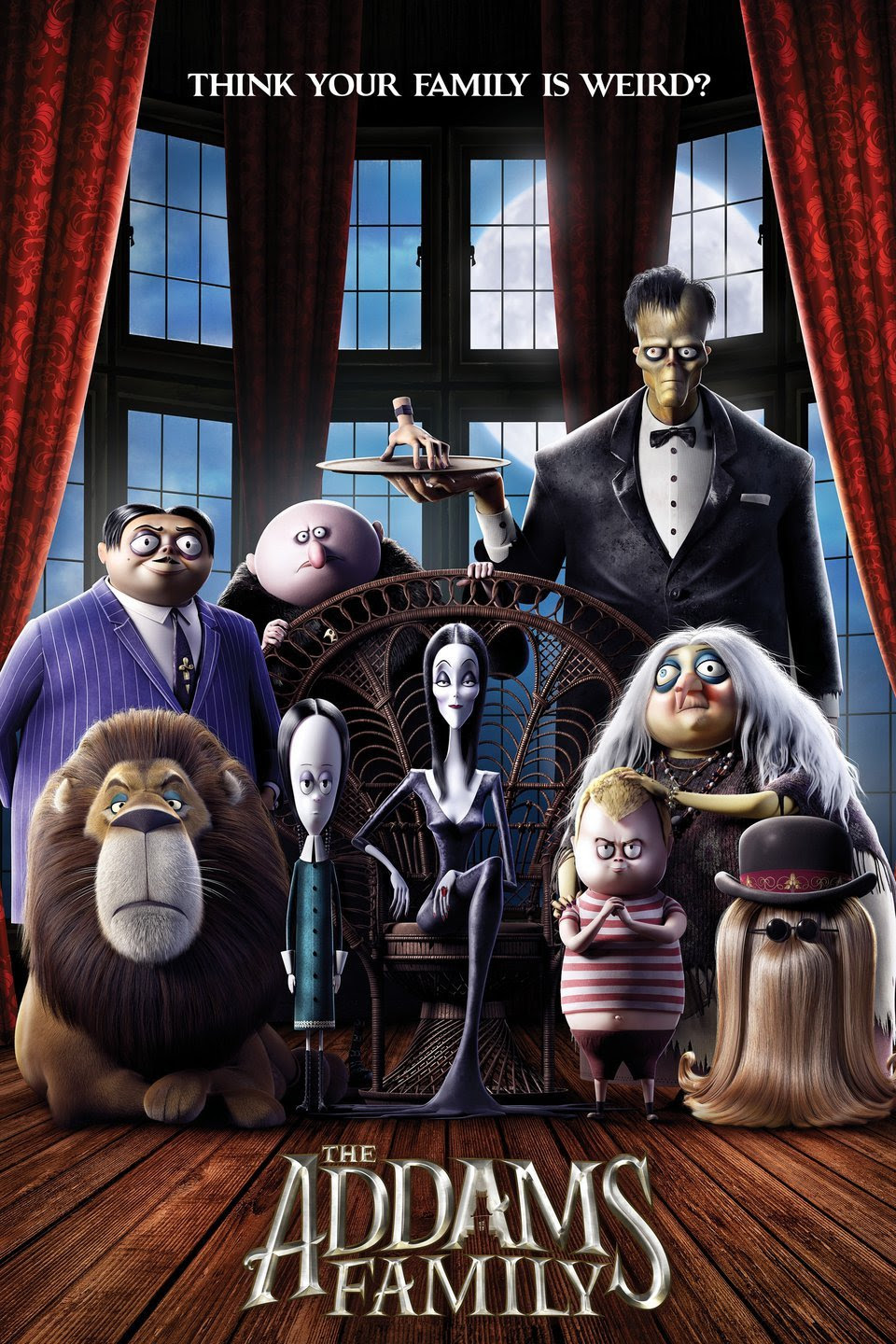 There aren't many fictional families that have made a great cultural impact influencing many different genres and The Addams Family is not only one of them but they also stand out among the rest-in fact, that's the whole point of them!  Originally developed as one panel cartoons by Charles Addams, the family went on to impact several fields in order to make the creepy and the macabre look charming and fun: they had several television shows both live-action and animated, got a few successful cult movies, had a Broadway show and many many more to become true pop culture icons and let's not forget about that legendary theme song.

But then came the 2010 decade where Hollywood decided to take the long journey in bringing The Addams Family back into the mainstream and return them to their cartoon origins.  It was originally gonna be a stop-motion feature by Illumination Entertainment with Tim Burton...but then when they gave up on those plans, MGM stepped in to take the charge in making the animated Addams Family movie that the world deserves.  So now that they're back for a family reunion, will they deliver a fun-filled fright with a snap or will we need Thing's help to give this movie an additional thumbs down?  Let's find out, this is 'The Addams Family'!

THE ADDAMS FAMILY: Members of the mysterious and spooky Addams family-Gomez, Morticia, Pugsley, Wednesday, Uncle Fester and Grandma-are readily preparing for a visit from their even creepier relatives, but trouble soon arises when shady TV personality Margaux Needler realizes that the Addams' eerie hilltop mansion is standing in the way of her dream to sell all the houses in the neighborhood.

Overall...they're creepy and they're kooky, mysterious and spooky, they're all together ooky but not in this movie!  'The Addams Family' is such a beloved franchise over the years that one would have to figure out how to put in actual effort to make them look bad and this movie managed to find a way since this was a painfully bland feature that is against everything that the family stands for.  While it does try to deliver some decent animation and solid voice acting, they're not enough to excuse it for the terrible writing that plays too safe giving out an uninspiring story along with a sense of repetitiveness in weak jokes and taking the iconic characters and turning them into a forgettable cast.  The good news from all of this is that there are plenty of better options than this in case you need your Addams fill whether it be the 1990's movies or any of the television shows and I recommend sticking to those if you want to have an actual good time with the family since this film however managed to make The Addams Family boring and generic and that's a fail so bad that I have to give this one a rating of a 4 out of 10.
Posted by True Blue at 1:56 PM